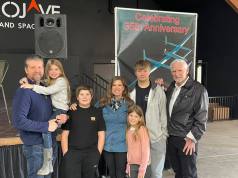 Elected to the Board in 2010, Zack served as Chairman of the Board in 2012 and 2017, and represents the Board of Supervisors on Kern Council of Governments, Kern Land Agency Formation Commission (Chairman 2013), and the Kern Economic Development Corporation.

Before his election to the Board of Supervisors, Zack served six years on the Bakersfield City Council, representing Ward 7.

While on the City Council, Zack was the District Director for California State Assembly Member Jean Fuller (R-Bakersfield) from 2006-2010, and as the Field Representative for Assembly Republican Leader, and now Majority Whip in the House of Representatives, Kevin McCarthy, from 2002-2006.

Zack's priorities are economic and private-sector job growth, in the areas of aerospace, alternative energy, manufacturing and logistics, as well as tough fiscal management of taxpayer dollars in county government. He has been an outspoken advocate for public employee pension reform in local and state government, and spearheaded Measure D, the successful ballot measure, approved by voters in the City of Bakersfield in 2010, which reformed the city pension system for newly-hired public safety employees. Continuing those efforts at the county level, Zack and the Board of Supervisors successfully negotiated for comprehensive pension and healthcare contribution reform with county unions in 2012.

Zack is a member of the Rotary Club of Tehachapi and is a founding board member of the Kern County Wounded Heroes Fund, a non-profit volunteer organization that provides support to wounded service members and their families.

Zack and his wife, Christina, live in Tehachapi with their four children, Zachary (11), Robert (9) and Jane (6) and Jacqueline (4). 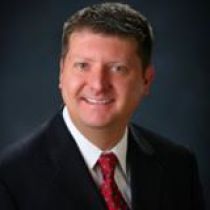 For Email Marketing you can trust

As your Second District Supervisor, I like to communicate with my constituents as much as possible. Check out our news page to find the latest news around the district.